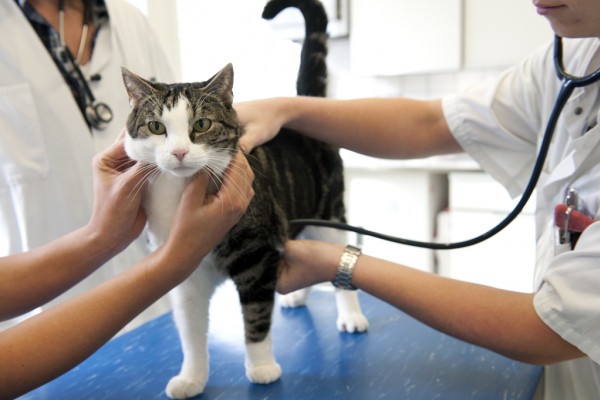 Liver cells instead of cats

Cyrina van Beusekom researches the conversion and transport of drugs in the liver of cats at Utrecht University's Faculty of Veterinary Medicine. She focuses particularly on how substances are converted and transported. This research makes it possible to develop medicines specifically for cats. Because: “cats aren’t dogs”.

Cats are becoming much more a part of the family than they used to be, and owners have an emotional connection to their cat. As a result, the demand for medical care for cats is increasing. Unfortunately, vets often have to use medicines that were tested for dogs or people, and adjust the dose to body weight. But they are not actually specific enough for the cat.

The research does not take place on laboratory animals, but rather on liver tissue from deceased cats. By diluting puréed liver tissue and centrifuging it several times it is possible to use chemical markers to research and compare the enzyme activity in cat liver with liver tissue from a dog or human. It appears that cats are missing a number of specific enzymes that are required for the conversion of certain medicines. This was already known to be the case for paracetamol, but appears to be a wider problem.

A second part of the research, into the transport of medicines through cell membranes, is being conducted on human liver cells because there is insufficient knowledge about the cat liver cell and no suitable cell line is available for testing. Even so, the results still reveal knowledge regarding the mechanism, that can then be applied to the transport of substances in cat cells. For example, this research has revealed that cats process diazepam in a different way than humans and dogs. The substances suppress the transport of bile acids in the liver, allowing the poisonous bile acids to accumulate.

The advantage of this kind of knowledge is that a veterinary surgeon can be more alert for a specific effect of a medicine that is not intended for cats. In particular, it forms a foundation for further research into specific medicines for cats, and may eventually contribute to the development of ‘personalised medicine’, as is used in the medical profession for humans: diagnosis and treatment specifically tailored to the individual patient.

This article is based on an article by Sylvia Heunks in the staff magazine of the Faculty of Veterinary Medicine VETgedrukt.