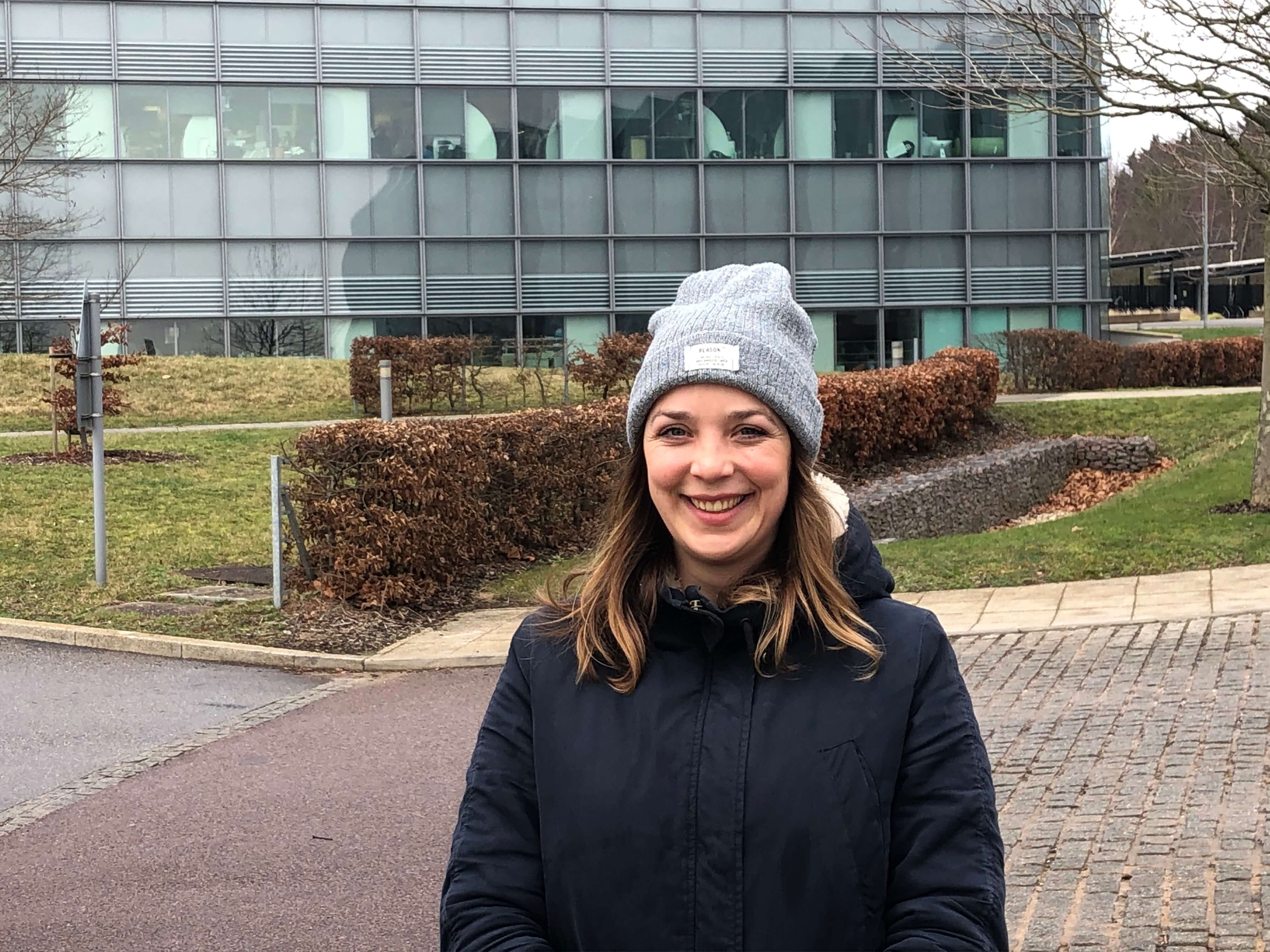 Feline Lindhout, a researcher at Utrecht University’s Hoogenraad Lab, has set up and mapped a neurobiological model system using cultured cells, all without laboratory animals and with support from the 3Rs Stimulus Fund.

In this study we have set up a human neurobiological model system by using cultured human pluripotent stem cells (cells that can develop into any type of cell except extra-embryonic tissue such as the placenta, ed.) and directed them to become neurons. Stem cells undergo cell division, therefore they can keep on growing and the donor material needs to be collected only once. This newly developed technique has been discovered relatively recently, in 2012 or 2013.The first part of our project consisted of setting up this animal-free model system, followed by an extensive characterisation in which we used a multidisciplinary approach to map these cultures.

Will this enable you to completely eliminate the need for laboratory animals for this type of research?

That’s right, we don’t need to do any animal experiments to set up these stem cell-derived brain cell cultures. Before the discovery of this human neurobiological system, our lab and others typically used brain cells which were taken from rat embryos and then grown. The mother rat doesn’t survive this process. This technique has been developed in the 1960s and has been the classical model system for neurobiological research ever since. Now that we’re able to grow and use human neurons derived from stem cells, we no longer need animals for research questions that can be addressed using this alternative model system.

Can other people also use this model system?

Yes, researchers from other faculties can also use it. We also shared our data at national and international congresses. Our first article was recently published and was set up as a resource; it provides a rich database of molecular profiles during developmental steps of human brain cells. For example, researchers can check if a particular protein or mRNA of interest is found in these cells, at what levels, and how it behaves over time. That’s how we approached this project: to enable researchers to use our findings as a starting point for their own study. We also set out a follow-up project ourselves where we apply this model system to address a long-lived human-specific neurobiological question. This most recent study is currently in the process of publication in a peer-reviewed journal as well.

What problems did you encounter?

Hmmm, where do I start? This project is actually just like an app that’s just been launched and still has a lot of bugs in it. There was a lot of trial and error: cells died, wouldn’t grow, or got stuck in the stem-cell stage. In 2015 we only knew of a very few protocols. We tested them in parallel and that’s how we started setting up this model system. Ultimately, we managed to grow human neurons in a dish and were able to do additional research. This presented some new and different challenges. It took a lot of time to get everything right, but we learned a lot along the way and it was all worth it at last.

What was your motivation?

Previously I used rats for my experiments, and I found it difficult. I don’t like using animals for my own research, but I understand that it’s necessary for some studies. However, it’s good to always be critical and search for ways to use as few animals as possible. I’m happy to have found a way to do my research without using any animals. In addition, I also think it’s fascinating to study brain cells of humans, as it is still poorly understood whether the research conducted in non-human brain cells is well translated to humans. What have we possibly overlooked? What’s still out there left to be discovered? I hope to inspire other scientists as well to use human brain cells and thereby reduce the usage of laboratory animals, since in addition to its large impact on animal welfare, this human neurobiological model system also has a significant biological relevance.