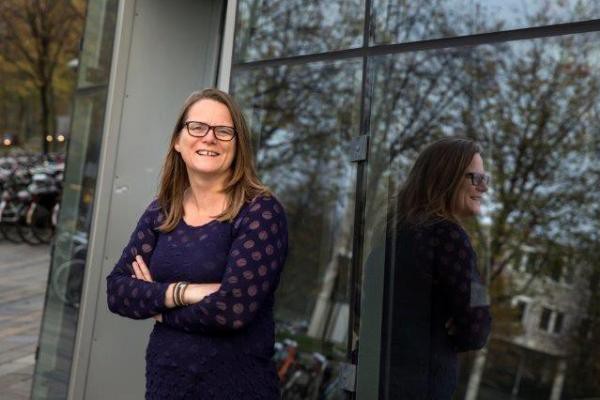 Elly Hol received a grant in 2017 from the 3R Stimulus Fund for her research on stem cells taken from human brains.

What is this research about?

We study stem cells that are present in adult human brains. Embryos are full of stem cells as from these cells all organs will arise. Stem cells are valuable cells, because they can still become any kind of cell, and thus any kind of tissue. Stem cells hold great promise to cure many illnesses, but so far, there has been not any successful stem-cell therapy for brain diseases.

About 20 years ago, people discovered that there were still stem cells in adult brains, and that new brain cells are ‘born’ from them. These stem cells differ from embryonic stem cells, and one of the clear featurs is that they divide much more slowly. They were first discovered in brains of mice and rats, and later it turned out that these cells are also present in human brains. That was a real breakthrough. We’re now studying whether we can activate them, for example in people with Alzheimer’s or Parkinson’s disease, or after a brain injury or a stroke.

What does your work entail?

I get fresh brain tissue from the Netherlands Brain Bank from older people who have died and donated their brains to science. If you remove some tissue from the area where the stem cells reside and put it in a culture dish, those stem cells will start to grow and form little clumps, we call neurospheres. Using a new technique, we now aim to study the human brain stem cells at the single cell level. Inside every cell there are about 40,000 different proteins that help to determine the identity of the cell. By knowing the identity of these cells in the human brain, we gather knowledge on molecules that we can use to order those cells to multiply and to make sure they become a particular type of nerve cell.

We’re going to do this research with about 200 cells. So this will give us a huge amount of data, kind of a fingerprint of every individual cell. Then we’ll analyse the data with specific computer programs. The computer will identify patterns and connections. We study not only the stem cells themselves, but also the cells around them that ensure that the stem cells can grow properly. We expect to see, for example, that the stem cells in people with Parkinson’s are less well-cared-for by the cells around them.

So this research doesn’t require any animals at all?

This study doesn’t. Until now, many researchers commented that using human brain tissue has many drawbacks, as the tissue is not in the best condition, donors may have taken different medications, every donor has a different genetic back ground and age, et cetera. But it depends on the research question. You can compare things better with animals. All your mice have the same genetic background, so you have more control. For some questions you need animals, especially if you want to know whether certain substances and processes have an effect on cognitive processes, such as memory. You can’t ask cells in a dish to perform memory tasks.

But the idea that an animal experiment is always better is changing. The area in the brain where the stem cells are looks just a bit different in people than in mice. In that sense, our results about the behavior of those cells are more applicable to humans. But human research has ethical boundaries. You can’t just inject a substance into people with Parkinson’s to find out if it activates their stem cells. You don’t know if it’s safe, how it works, or even if it works. So you have to try this first in animals. If it works with them, you can take the next step.

When will this prove useful for society?

We may find a substance that makes the stem cells more active again. That substance could be administered as a pill or injected into the brain fluid. If the stem cells then start to make particular brain cells, patients with diseases like Parkinson’s may suffer less. This makes it sound much simpler than it really is. You also have to ensure that you don’t stimulate the cells to grow so fast that they start to form a tumor. Much more research is needed.

What drives you in this work?

Curiosity. I want to understand how brain diseases arise. Why can people with dementia compensate for the deterioration in the brain at first, but only up to a certain point? The knowledge that my curiosity produces can be used by others to work towards a new therapy. But I’m realistic enough not to think that we’ll have a medicine for Alzheimer’s or Parkinson’s by next year.

How important has the 3R Stimulus Fund been for you?

Other funding bodies are not inclined to support this kind of research, since it looks like you only want to study the structure of these cells. This grant has enabled us to use the new technology that makes it possible to study human brain cells at the single cell level. We can really gather a lot of useful information that can be used for follow-up research. The application was honoured because we really are replacing animal experiments.

Will this research also obviate the need for mice in follow-up research?

I think that we can show that you can get very important information from human brain tissue about what happens in human brains. Soon we’ll be able to publish an article showing what we’ve come to know, and researchers all over the world will be able to read it. They’ll see that you really don’t need mice for every step in the process.