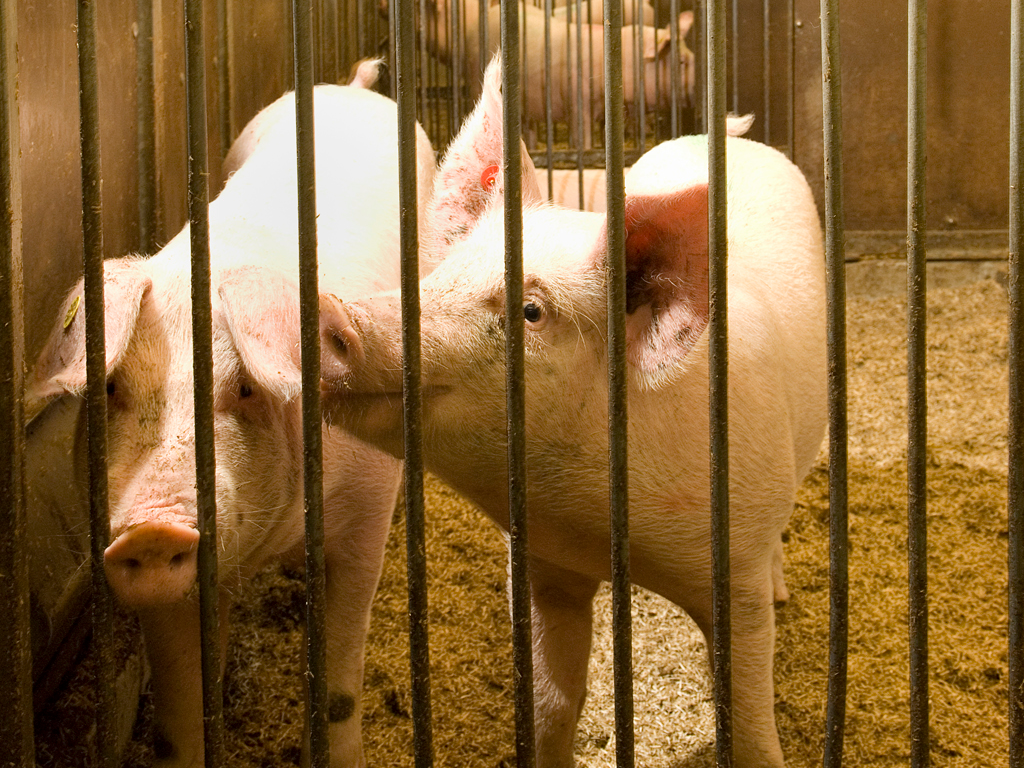 The vast majority of animal experiments involving joint cartilage repair in scientific journals is incompletely reported. Researchers from Utrecht University and the Radboud university medical center analysed 223 studies from all over the world with large laboratory animals, and found that more than 90% provided incomplete information about anaesthesia and pain management.

In the Netherlands alone, nearly a million and a half people have pain caused by wear and tear of cartilage in the joints. This condition is known as osteoarthritis. It occurs in animals as well. There is no effective treatment for osteoarthritis. Due to the lack of appropriate animal-free research methods, some research on potential treatments that may stimulate the repair of cartilage is done on animals, such as pigs, goats, sheep, dogs and horses.

This type of research often involves the animals undergoing surgery. Just like operations on humans, anaesthesia and pain management are very important, also in the period after the operation. Details about precisely what anaesthesia and painkillers were used are also crucial, so that the best possible animal welfare can be guaranteed, the research is reproducible, and future researchers can build on the acquired knowledge. Moreover, it is known that the research results are influenced by the particular anaesthesia and analgesics the animals are given, and their dosages.

Researchers Maria Fugazzola, Janny  de Grauw and Daniela Salvatori, along with colleagues from Utrecht University  (faculty of Veterinary Medicine) and Radboudumc, studied how anaesthesia and pain management were reported in studies using large laboratory animals published world-wide between 2015 and 2020. No less than 220 of the 223 studies provided incomplete information about anaesthesia and pain management, as the authors wrote in a systematic review in the journal Osteoarthritis and Cartilage Open.

‘In the majority of the manuscripts, the analgesics and anaesthesia before, during and after surgery were not mentioned,’ Fugazzola said. ‘Out of 176 studies reporting that animals underwent general anaesthesia during surgery, 30% did not provide any details on anaesthetic management. Details about painkillers and pain monitoring were also hardly reported. This doesn’t necessarily mean that there was no analgesia or pain monitoring, but we don’t know what kind or how much.’

It is generally acknowledged that there is still limited reporting on details of animal experimentation. To this end, in 2010 a set of guidelines called ARRIVE (Animal Research: Reporting of In Vivo Experiments) was drawn up for consistent reporting of animal experiments. However, compliance with the guidelines is still limited. This study reflects that it is also evident that the majority of studies on articular cartilage damage conducted on large animals do not comply with the guidelines’ requirements for reporting.

The researchers are deeply concerned about limited reporting. De Grauw gives an example. ‘If an animal’s leg is painful after surgery, and it puts less weight on that leg as a result, that may influence the healing of that joint. Therefore, you can only interpret that healing if you have the correct information about the analgesia. Without this information, other scientists can’t determine whether the results of the research hold up.’

‘Improvement in reporting is urgently needed,’ says Salvatori. ‘It is essential for researchers to make full reports of their experiments, so that their results are really usable by others. It’s high time that researchers and editors of scientific journals become aware of this problem.’ De Grauw adds: ‘Not only will it save a lot of research money, but also unnecessary use of laboratory animals, as the knowledge that is generated now has a limited usefulness.’

Jeffrey Bajramovic is the new head of the 3Rs Centre