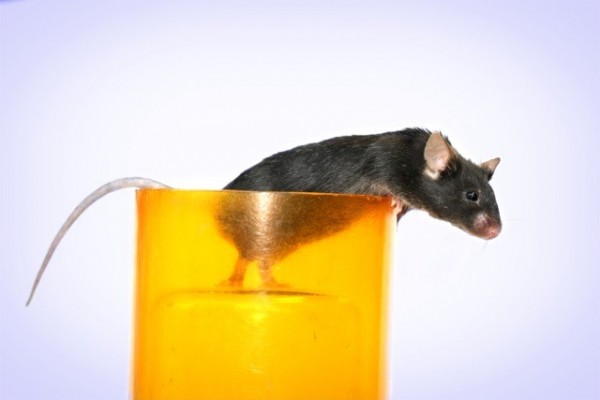 There is a lack of success in the development of new medication for psychiatric disorders. Erik Hendriksen en Lucianne Groenink (Pharmacology department, Utrecht University) identified a couple of possible causes for this.

The main causes according to Hendriksen and Groenink are:

In preclinical research animals are used as a model for humans. An effort is made to mimic human diseases in animals. Psychiatric disorders however consist of symptoms that are sometimes typically human. Take for example worrying (anxiety disorder), low self esteem (depression) or hearing voices (schizophrenia). There is no such thing as a schizophrenic mouse.

More of the same

All currently available anti-depressants are based on the elevation of serotonin levels in the brain. Many tests are only deemed suitable for research when existing medication have an effect in these tests.

When placed in a cylinder filled with water, a mouse starts swimming. After a while it chooses floating over swimming. Compounds that increase the amount of serotonin in the brain let the mouse swim longer. The extended swim time is used as a measure for anti-depressive efficacy. Many compounds are tested for anti-depressive efficacy in this way. Compounds that don’t work via serotonin don’t cause the mouse to swim longer and are often excluded from further research. It is very well possible that such compounds may exert an anti-depressive effect, but through another mechanism of action. The compounds selected with these kind of tests are all based on the elevation of serotonin in the brain. Thus: more of the same.

Still, the researchers think we can and should learn a lot about psychiatric disorders through the study of animal behavior. They have recommendations: