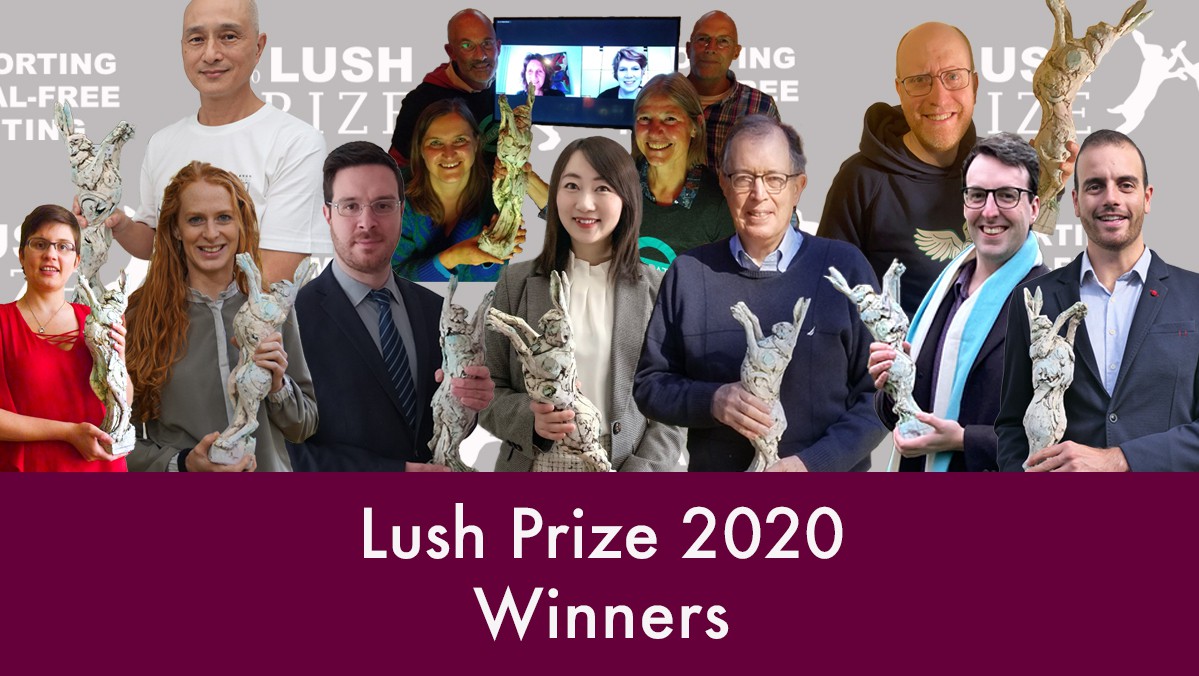 Nine winners received the Lush Prize on November 11, the biggest award in the non-animal sector. For the first time, there two Dutch winners as well: Edoardo Carnesecchi (Utrecht University) and TPI Helpathon.

The Lush Prize was established in 2012 by cosmetics company Lush and Ethical Consumer. The Lush Prize is awarded twice a year to researchers working on non-animal research, particularly in the field of toxicology. The online award ceremony took place on Wednesday 11 November. Nine awards have been presented in five categories: Lobbying, Training, Public Awareness, Science, and Young Researchers. In total, £250,000 in prize money has been awarded. The online ceremony can be viewed here.

Edoardo Carnesecchi (Utrecht University, IRAS) received the Lush Prize in the Young Researchers category for his project "An innovative software platform to assess chemical mixtures toxicity and exposure". He is working on an 'in silico' web platform to study chemical or biological phenomena that are reproduced on the computer through mathematical simulations, instead of in test tubes or 'in vivo.' This allows researchers to assess the toxicity of chemicals in a more efficient, faster, more sustainable and green way.

The Dutch TPI Helpaton received the Lush Prize in the Training category. The Helpathon sessions help researchers explore new methods in order to achieve the same results without using laboratory animals. The £50,000 prize money will be used by the team to spread the Helpaton method internationally.

Some other winners are The MIE Atlas Team (Cambridge University/Unilever) and Domenico Gadaleta (Mario Negri Institute for Pharmacological Research). Like Edoardo Carnesecchi, they work on big data projects designed to replace animal testing. The full list of winners can be seen here.