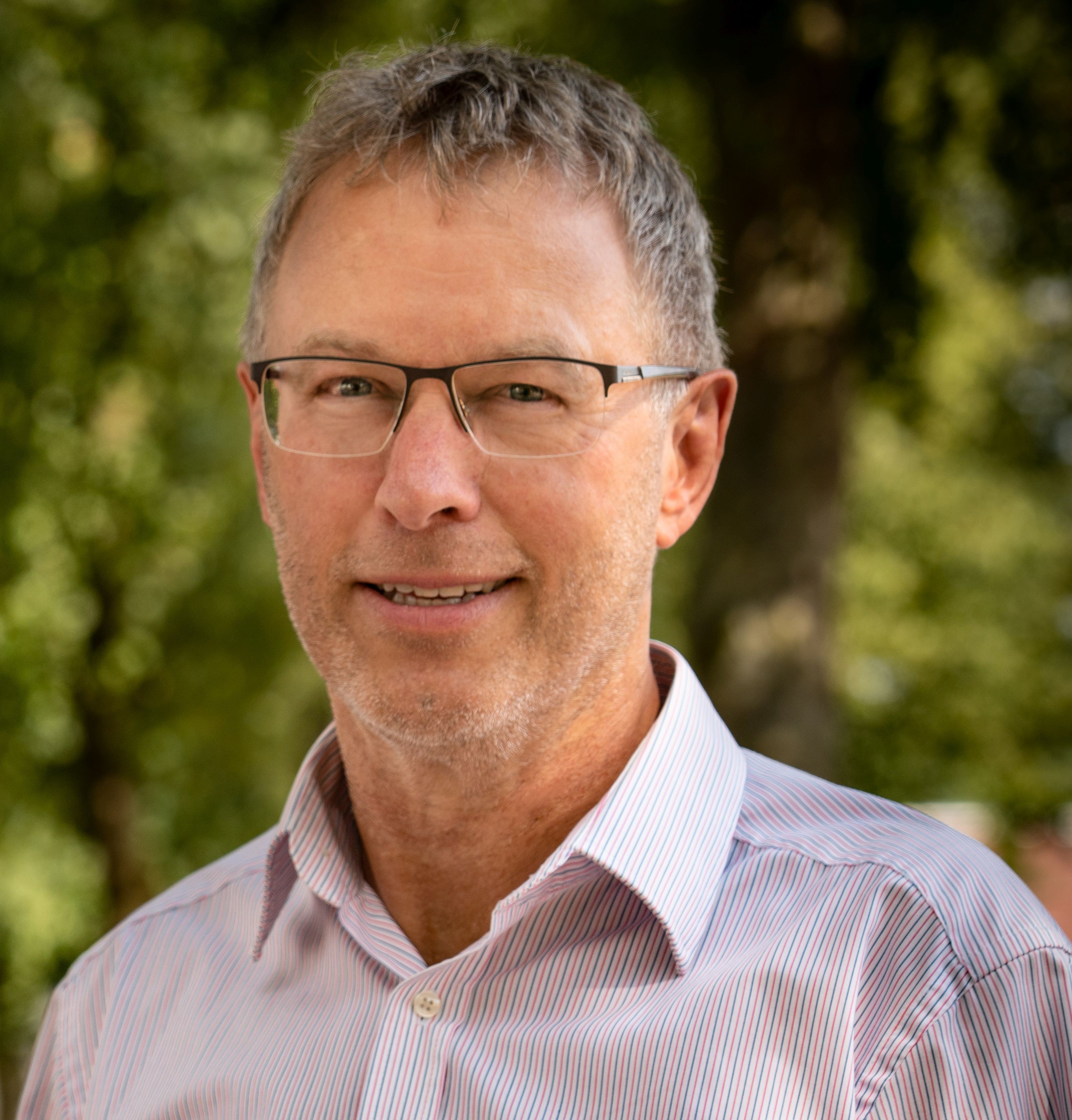 Jan van der Valk will be leaving as head of the 3Rs-Centre at the end of 2021. In the last few years he more or less personified the centre all by himself, with a few support staff who came and went. How does he look back on his time at the centre, and how should we proceed with regard to Replacement, Reduction and Refinement of animal experiments?

First let’s go back in time. How was the centre created?

It began in 1994 with a Nationaal Centrum Alternatieven voor dierproeven (National Centre Alternatives to Animal Use, ed.). There already was collaboration between government, industry and animal-protection organisations, in something called Platform Alternatieven voor Dierproeven (Alternatives to Animal Testing Platform, ed.). It worked to develop policy and support 3Rs initiatives, but there was a need for a centre that would develop more activities and do more communications.

Since we had a department of Laboratory Animal Science in Utrecht within the Veterinary Medicine faculty, headed by Bert van Zutphen, who was very active in the 3Rs, the centre was set up here. We became an independent centre under the flag of the department and worked closely with it.

“
We were early with being transparent about animal experiments and with working with animal-protection organisations.

Our financing came from the government. I became head of the centre, and there was also money for an administrative office and one or two part-time employees. This enabled us to be more in the public eye through a newsletter, a website, workshops and small-scale congresses.

Later the financing was transferred to ZonMw, and Coenraad Hendriksen joined the team as a part-time professor of ‘Alternatives to animal testing’. But ZonMW will finance a project for at most two rounds of four years each. Somewhere around 2010 the funding was stopped and we were in trouble. Then the RIVM founded a national knowledge centre for alternatives to animal testing, and we became a part of that. We were closer to the government, but we had no direct input about our policy, and that rubbed us the wrong way. So the Utrecht division started to profile itself as the 3Rs-Centre Utrecht Life Sciences.

In late 2014, when the Experiments on Animals Act was revised, this knowledge centre was disbanded again and we continued as an independent university centre. Initially we still had some support from the government, but that stopped in 2017. We had to definitively trim down, and ultimately I was the only one left. But in 2014 the Animal Welfare Body Utrecht (AWB Utrecht) was also founded, and we started to work with them intensively.

You’ve been pushed and shoved between parties quite a lot with the centre. How did you experience that?

At times it was very frustrating. We often couldn’t continue activities that we and others really believed in. There was often no clear policy about how to deal with Replacement, Reduction and Refinement. I wondered sometimes if I should keep going. But the good working relationship with Coenraad and my contacts abroad were very encouraging. I also had an excellent international relationship with other enthusiastic 3Rs centres, and internationally the flow of money just started to increase. In that environment, I felt like I could contribute a lot.

What is our international position?

Because the Netherlands started this work so early on, we’re still seen as a country where a lot of the 3Rs development happens. People respect that, although I sometimes think we can also come over as know-it-alls now and then.

That may partly be because it’s frustrating for colleagues that things can be more difficult for them. For example: we were very early with being transparent about animal experiments and with working with animal-protection organisations. The way we treat animals in the Netherlands and discuss it with each other isn’t possible everywhere, or at least it isn’t yet. On the other hand, we shouldn’t get too smug. We could learn a thing or two from the way the UK NC3Rs supports the field with help and advice.

How did you become a 3Rs expert, if that’s even possible?

In a small centre like ours, you have to be either a specialist or a generalist, and I chose the latter. Because of my experience, I know enough about a lot of different methods that I can talk about them with people. It’s also important to identify people who have knowledge you might need. The advantage of being a generalist is that you easily make connections between fields, and you can bring people together this way. Through my work, connections with organisations in other countries and participation in congresses and symposia, I keep in touch with what’s going on and I know who I can approach for what.

In the last few years, people have been talking more about the transition towards animal-free innovations. How do you see it?

It’s different from Replacement, and yet it isn’t. When I started to teach in the Laboratory Animal Science course in the 1990s, I was already emphasising that if you set up an experiment, you mustn’t assume the default is animal experiments and that there might be alternatives that replace animals, because then your standard is the animal experiments. You have to use your research question as the basis, and how you can best state and answer it. Students appreciate that approach, because it helps them to find the best models and to do good science.

I notice that the use of animals isn’t always well substantiated. I still too often see arguments like: my colleagues here and outside the country use this animal model, so the results will be comparable if I use it too. If you reason like that, you mostly learn a lot about the animal model, but you may look too little at its translational value. I’d like to see more people thinking about that and asking: Am I really asking the right question?

The possibilities of research without animals are ballooning. Human tissue is becoming more and more accessible, there are organoids, and organs on a chip, etc. These methods all have their limitations, but we are seeing that the number of applications is increasing. The combination of multiple organs on a chip is especially promising.

Does the 3Rs Centre have a future without you?

Utrecht University intends to continue the centre in some form, and accommodate it within the AWB Utrecht. I’d like to recommend working much more closely with TPI Utrecht (Transitie Proefdiervrije Innovatie Utrecht, ed.) and U-AIM (Utrecht Advanced In Vitro Models Hub, ed.).

But I can also imagine that it’s possible to look into returning to a national centre, together with the government, also given the developments in other countries. For a long time, the small group of 3Rs centres were unique in Europe, but we’ve seen a terrific increase in the last few years, and now cooperation in a European platform is starting. If you want to stay in contact with these movements, then a national centre is essential.

What else would you like to say to the laboratory animal field?

I’d like to stand up for the professional association DALAS. They play an important part in thinking about animal testing and how we can work on Reduction and Refinement. I’m also happy with the huge scale of the Replacement of animals in education.

Another positive point is the current contact with animal-advocacy organisations. We used to be adversaries, but now we work together a lot more. The organisations are approaching the complicated dilemmas much more positively. For example, Proefdiervrij is supporting projects for Replacing animal testing, including financially. It’s important to keep the dialogue going.

Here in Utrecht we’re currently seeing a rise in the number of animal experiments. Some of this is due to large-scale research with fish. Do you have any tips for dealing with this?

The tricky thing is that a lot of researchers assume that fish are ‘lower’ species, and that that makes them a good alternative to the ‘higher’ species. But the law doesn’t make that distinction. All vertebrates have to be treated equally. It’s important that the Animal Welfare Bodies, the Animal Ethics Committees and the Central Authority for Scientific procedure on Animals (CCD) take a good look at whether the choice of animal model is well substantiated, and then at what it applies to: the translational value. It also looks like the smaller the species, the more individuals you need. It would be interesting to do some research on this assumption.

What are you going to do now?

I’m already doing a lot of extra things that I’ll keep on doing. I’m on the Council on Animal Affairs, the scientific advisory body of the Swiss 3RCC and since recently, the CCD. Besides that, I’ll have more opportunities to get on my bike and get into nature, where I can take up my photography again. And over the years, I’ve amassed a collection of clocks at flea markets. A few of them need repairing, so I’m going to start a course in clock repair. I don’t think I’ll be bored.

The Life Sciences deans find that the 3Rs-Centre is valuable, and in concert with TPI Utrecht it can play an important part in realising the ambitions for development and application of animal-free methods in research and education. A lot of work needs to be done in Refinement of animal experiments as well, and that’s where the input of the 3Rs-Centre is important. That’s why it was decided to continue the 3Rs Centre. It will be linked to the AWB Utrecht, which will give it a more central position. However, it will still be actively involved with the Veterinary Medicine faculty. In the meantime, efforts have begun to find a successor. If you’re interested or know someone who may be, read the vacancy.

How we are working towards a culture of care