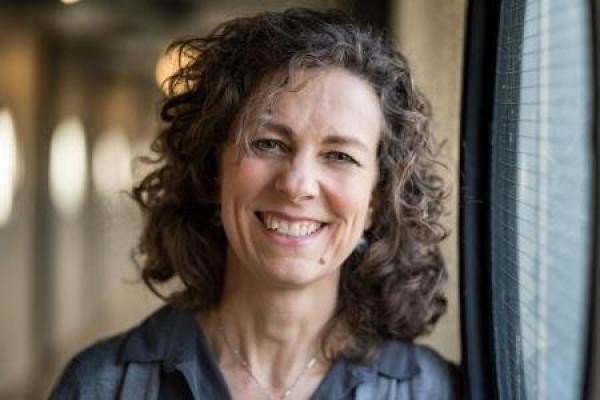 In vitro model of the bovine udder

What effect has the diet or a medication of a nursing cow on the developing immune system of her calf, and/or the gut health of the human consumer? Can a mother continue to nurse her infant while she is taking medicines? At the Faculty of Veterinary Medicine of Utrecht University, Prof. Aletta Kraneveld and Prof. Ronette Gehring have joined forces to develop an in vitro model of the bovine udder. With this model, they aim to achieve better understanding of the blood-milk barrier, which is relevant for humans, cows and other mammals.

There are many barriers in the body, such as the gut-blood barrier and the blood-brain barrier, but little is known about the so-called blood-milk barrier. This is partly because it is difficult to perform in vivo experiments in humans, since lactating mothers would be needed. That is why Gehring and Kraneveld agree that the development of an in vitro culture model of mammary epithelial cells modelling this barrier is important to drive this research further.

To construct the model, the researchers use udder tissue that they obtain from the slaughterhouse, to get mammary epithelial cells. Those cells will be cultured on an insert, on which the barrier function and lactation process can be studied. Using an in vitro model with cow udder cells to study the blood-milk barrier is an obvious choice to them for several reasons. Gehring: "From a veterinary perspective, it is important to better understand the lactation mechanisms of the cow. And if you really want to study molecular mechanisms at the cell level, then you will need a good quality cell culture model.

For example, this model enables us to study the factors that may affect the wash-out period for a medicine in a lactating cow, and how exposure to exogenous chemicals might influence the composition and quality of the milk. But the cow is also a model for humans, for whom a better understanding of the blood-milk barrier is also relevant, especially regarding early life development. There is also a practical benefit to using a cow’s model: cows produce a lot of milk anyway, so there is always enough milk to use for studies.

3Rs application by combining in vitro, in vivo and in silico

The model that is now developed is based on bovine epithelial udder cells, that are grown in a way that they form a membrane mimicking the blood-milk barrier. Numerous experiments are conceivable to which this cell culture model contributes. For example, the influence of the maternal diet on the development of the calf via the milk could be studied. Furthermore, it is also interesting to study the influence of the cow's diet on the milk quality for consumer purposes. Several in vivo studies have already been performed in mice, in which lactating mice received a specific diet, after which the effect of that diet on the offspring’s immune system was investigated.

"However, such studies are often no more than a lucky guess, so it is always better to use an in vitro model instead,” says Kraneveld. "My dream is to have an integrated in vitro model of both mammary epithelial cells and gut epithelial cells, in which we can study how fluids communicate with each other through these barriers. Since these are the first lines of defense of the immune system, such a model enables us to study the effect of nutrition during lactation on the development of the offspring’s immune system and the brain. The beauty of a good in vitro model is that sometimes an animal experiment is no longer necessary because the system is better understood."

In addition to the in vitro model, Gehring and Kraneveld will also add mathematical models as an additional layer to their research. Gehring: "In silico models are very useful in interpreting data and comprehending a system. The first step is to set up a quantitative model by translating your understanding of the key elements of a system into equations, which allows you predict the outcomes of specific experiments. You then conduct the best suitable experiments to generate data to compare with the predictions, and in a learn-confirm cycle, you can improve both the in vitro and in silico models. That way, you will build up an understanding of the system. After all, the more you know about the in vitro situation, the better you can model it. If you then adjust the model, you get information back with which you can improve your in vitrosetup."

Kraneveld and Gehring did not specifically have the 3Rs in mind when they prepared the initial plan for this model. Gehring: "It is actually interesting how our research fits within the 3Rs. Above all, we want to have a model to understand the complexity of the blood-milk mechanisms. For example, we are interested to know how medicines and environmental contaminants are excreted in the milk and how they interact and compete with nutrients. But I think that if you have a better understanding of a system, you contribute to the 3Rs, because then you will perform well-designed experiments that are most relevant to your research question. Furthermore, I think it is also important to use naturally relevant models, with regard to the 3Rs. The cow is a natural model for lactation and therefore we try to make the best of it. On top of that, we consume so many dairy products, which stresses the importance of understanding the mechanisms even further. That starts with setting up a solid cell culture model, after which you can verify outcomes in vivo."

One Health in a broad perspective

The development of this udder in vitro model is important in the context of One Health. "After all, people in the western world drink cow's milk and consume many other dairy products. Some components from the cow’s blood end up in the milk through the blood-milk barrier, so the next questions are: what effect do certain components of milk have on the human gut and beyond? Do they also affect the gut barrier function, and thus affect the immune system?" explains Kraneveld. "I am assigned to the faculty of Veterinary Medicine to build a bridge between veterinary and pharmaceutical sciences, and we are developing this model for cows but also for humans. After all, the blood-milk barrier is very important with regard to dairy products in our food chain. To me, it is exciting to be working on a One Health subject that is very different than topics as antibiotic resistance and zoonoses, as it has a much broader perspective on One Health."

Gehring and Kraneveld have been busy setting up the model. "Mammary epithelial cells are quite difficult to grow in a cell culture because the epithelium is metabolically active and its function highly hormonally dependent,” explains Gehring. "In fact, you want a model that can simulate the complexity of gestation, delivery, lactation in a period of about 2 weeks, which is the average running time for an in vitro experiment. If we succeed in setting up the cell culture, I expect we can start the first experiments in about six months."

If the model works well, Kraneveld and Gehring can link in vivo experiments and field studies to the cell culture model, in order to really understand what happens in the in vivo situation. That way, they will get confidence in their cell culture model. Kraneveld: "In relation to environmental contaminants, we also need to identify new compartments in milk where these contaminants can be ‘stored’. Because milk is such a complicated matrix, with so many compartments where a contaminant is situated in, whether they are lipophilic or hydrophilic. So with regard to safety and health effects, those are important features to understand. For example, we all want to have organic milk nowadays. But the question is: how healthy is organic milk really? That's a question we can tackle with this model in the future."