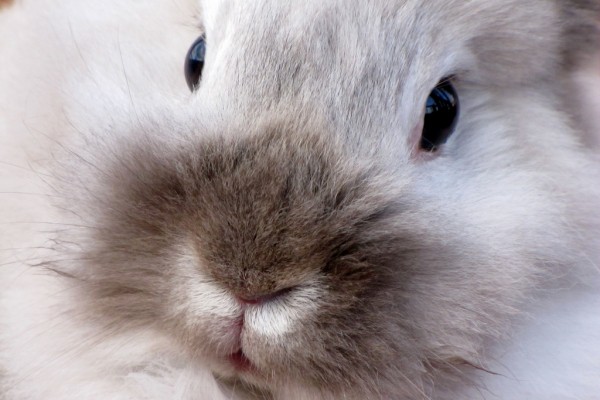 You can see from looking at people when they’re in pain, and the same is true for animals. Their facial expressions, just like people’s, carry a lot of information. But how can you ‘read’ what an animal is feeling from looking at its face? There has already been extensive research on mice, rats and rabbits, and research is now being done on horses and ferrets. Knowledge of animals’ facial expressions is helping people who work with animals to monitor their welfare.

Human facial expressions and the pain levels they signify had already been analysed and categorised. This gave people a way to assess pain in people who cannot clearly communicate it another way, such as young children and people with cognitive impairment. The method is based on the activity of particular facial muscles.

Five muscular activities are involved with these signs in mice, rats and rabbits. When the animal feels pain, it narrows its eyes (‘orbital tightening’), bulges the bridge of its nose, bulges its cheeks, rotates its ears out and/or back and changes its whisker position. Charts with photos showing the facial expressions associated with degrees of pain (Grimace Scales) help people working with animals to assess the animal’s pain level. Researchers in Utrecht are working on a similar overview for ferrets.

There is already a Horse Grimace Scale, which was put together by British, German and Italian researchers examining horses after they were castrated. Utrecht researchers are now studying facial expressions for signs that specifically point to other kinds of pain, including colic, eye ailments, toothache and jaw fractures. The researchers are also joining up with the Donkey Sanctuary in the UK to study facial expressions in donkeys suffering acute pain.

Studying the facial expressions of animals in pain may involve an ethical dilemma: animals may need to be deliberately hurt so that conclusions can be drawn that improve the welfare of others of that species. Fortunately, much of this research can be done with animal patients who are already in pain when they come to a clinic. They suffer no additional distress, and other animals of that species who come to the clinic with the same symptoms can be given better help as a result of the research.