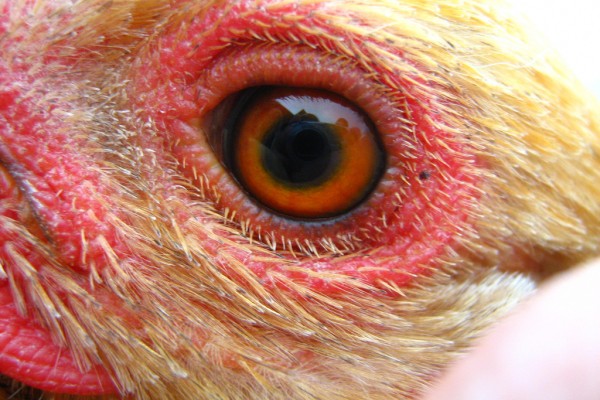 Since 1960, the Draize test has been used to determine the harmful effects of certain chemical substances. The effects of the substances were tested on the eyes of living rabbits. Now, after many years of dedicated research by among others Dr. Menk Prinsen, a widely accepted alternative to the test has been developed, in which the eyes of slaughtered chickens are used.

The test was and is widely discussed and has been used by animal welfare organisations as the prime example of a painful animal experiment. The fact that the test is also used for testing luxury products like cosmetics makes it even more controversial.

Various stakeholders have tried to make alterations in order to improve the welfare of the rabbits, but there were many obstacles. For example, different countries used different guidelines for the classification and registration of the effects on eyes. Due to this lack of consistency, it was difficult to compare alternative tests to the Draize test. Nevertheless, progress was gradually made with reductions in the number of rabbits used, exclusion of certain corrosive substances and a ‘preliminary round’ using eyes from slaughtered rabbits.

Today, the Draize test has been almost completely replaced by a test that uses chicken eyes; the ICE test (Isolated Chicken Eye). However, substances that appear to cause irritation in the ICE test must still be tested on live rabbits.

This article is partly based on the lecture given by Pascalle L.P. van Loo on the thesis “The Isolated Chicken Eye test to replace the Draize test in rabbits” by Menk K. Prinsen in Biotechniek no. 5, Volume 53, October 2014.