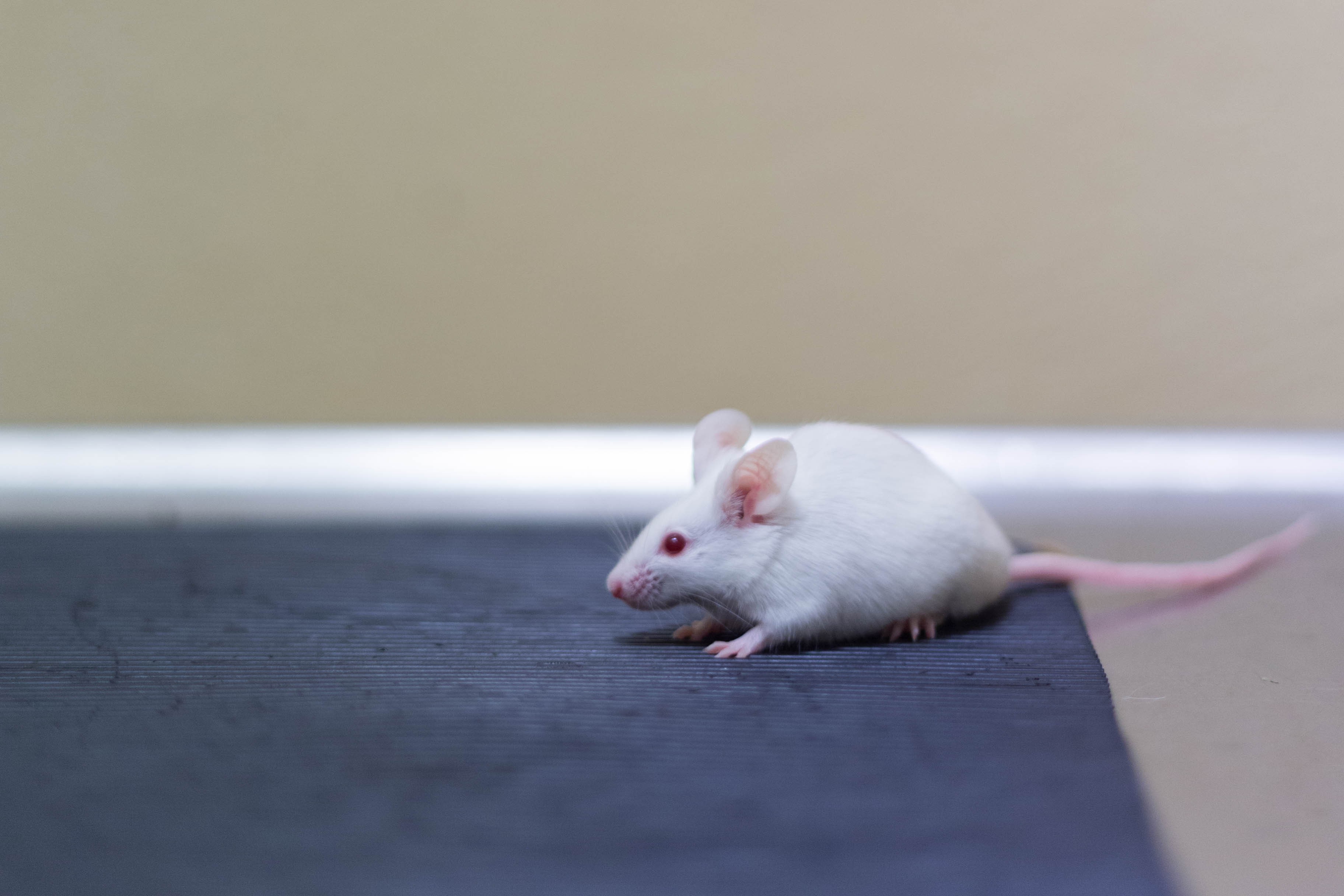 During studies of eating behaviour in mice, the animals have to spend some time alone in single housing. That is not their nature. Through a 3Rs project, Roger Adan looked for ways to make this solitary phase more comfortable. Adan is a professor in the Translational Neuroscience department of the UMC Utrecht Brain division and focusses on eating disorders.

Why are the mice housed alone, or ‘solitary’?

It’s difficult to study eating behaviour when the mice are housed together, because you can’t tell accurately how much each mouse is eating. Even if every mouse is fitted with a transmitter, the data is too imprecise. That means that you need to have them in single housing for some time during the study. But this is distressing for mice. Rats and mice naturally like a temperature of nearly 30º C, which is much warmer than we keep our rooms. They’ll seek out each other’s company, for social contact, but also to keep warm. So solitary housing is a source of emotional and physical stress for them. We want to prevent that, or at least reduce it.

How were you aiming to reduce that stress?
We thought it would help if the mice could see each other and could lie close together. We installed semi-transparent walls in the cages, which were for two or four mice. In the beginning, we removed the walls once feeding time was over. But to our surprise, the male mice almost immediately started to fight each other. In no time they started to show an enormous territorial drive. So we kept the walls. We also gave some of the mice a heating pad which covered about 30% of the cage’s surface. We wanted to measure the effects of those measures.

How do you measure these effects?

We used a number of commonly used standard tests, such as the ‘Elevated Plus Maze’. The animal is placed on a brightly lit platform, and you see whether it shows its usual exploratory behaviour or if it looks for a more sheltered spot to hide. This shows us, among other things, if they’re anxious. We also check their body weight and the weight of some individual organs. If they’re too heavy, they’re less healthy, for example because they’re getting less exercise. And we check their blood for things like the stress hormone corticosterone.

“
If animals feel good, then your research results won’t be skewed by stress or a lack of physical health.

What was the outcome?

We were expecting much more dramatic results. The data only showed minor effects. This was true both for the difference between solitary and group housing, and for the use of the wall dividers and heating pads. The idea that group housing is much better for mental health may be primarily an assumption from our human perspective. Although there’s still a chance that we’re not looking hard enough, or in other words, that the standard tests aren’t sensitive enough.

This project focuses on refinement. Does your scope also encompass reduction?

Not in this project. But in general, of course it’s true that the more refined your research is and the more reliable your results, the fewer animals you need. If animals feel good, then your research results won’t be skewed by stress or a lack of physical health. So you’ll need fewer animals. And replacement is just not an option in our kind of research. To observe behaviour you need whole organisms: it’s not something you can simulate in a petri dish. In other words, cells don’t become psychotic.

I am completely behind the aim to do as few animal experiments as possible. But anyone who thinks we’ll soon be able to stop them completely isn’t being realistic. Just look at how quickly we were able to develop the Covid vaccines – without animal testing, the numbers of hospital admissions and deaths would have been many times higher.

Is your involvement mainly from a scientific or a social standpoint?
Both. Let me make it more concrete. Mice like to run in a wheel in their cage. If you feed them less, then you expect they’ll run less, in order to save energy. We see the opposite. This behaviour is very similar to that in people with anorexia nervosa: something strange happens in your brain if you lose too much weight. If there’s too little fat tissue, the body makes too little of the hormone leptin – that’s probably a trigger that maintains the disease process. It’s hard to overestimate the value of these kinds of observations.

Another important point is that in the last thirty years, regulation of animal testing has become continually stricter and more precise, especially within Europe, and the Netherlands is a leader in implementing and enforcing it. So I think it’s unfair that people who work with laboratory animals are still in our bad books. They care about animals and they treat them with just as much care as we treat our house pets. Their work towards improving our health should be acknowledged.

Roger Adan is professor of translational neuroscience in the Brain division at UMC Utrecht. He coordinates the Experimental and Clinical Neuroscience track in the master’s programme in Neuroscience and Cognition. He is also a guest professor at the University of Gothenburg and an advisor to Rintvelt eetstoornissen (eating disorder division of the Altrecht mental health service).