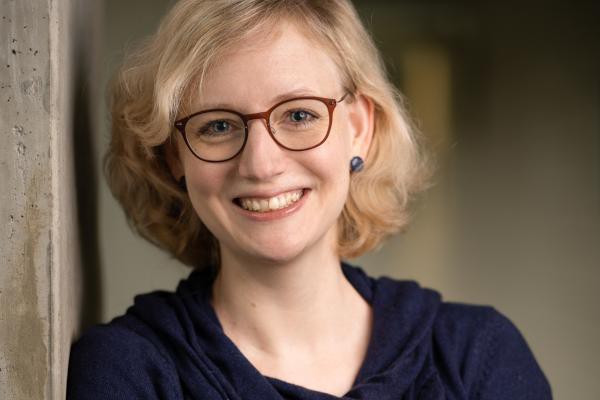 Increasingly, the use of mini-organs in research is being described as a way to replace animal experiments. However, not many people know that these mini-organs are grown in a gel and that the manufacturer needs to kill mice to make it.

This involves several thousand mice a year for Utrecht alone. Kerstin Schneeberger and her colleagues (the ‘liver group’ at the faculty of Veterinary Medicine, Utrecht University) have discovered a way to make a gel without using animals, in a study financed by the 3R’s Stimulus Fund.

Why was this research necessary?

We do a lot of work with organoids – also called mini-organs – in Utrecht. These are three-dimensional cell cultures that have many different functions of an organ, so that you can simulate the way that organ functions in a person or animal. This is a very promising way to replace animal experiments.

We use a gel to culture organoids. It provides a necessary surface for the cells to latch onto, and it contains growth factors that ensure that the cells divide and thus keep growing. This gel is made from tumour tissue from mice. These mice are made sick and develop tumours, and euthanised. It’s contradictory: culturing mini-organs does replace animal testing, but the gel is still made using lab animals. As a researcher, though, you are not aware, because you just order the gel in bottles.

We want to get away from this animal-based growth gel for two reasons. First, to reduce the number of lab animals, and second, because the gel made from mice can’t be used for mini-organs that will be transplanted into people, which is something we aim to be able to do in the future. The risk of transferring disease agents from mice into people would be too great.

Can you describe the work you did?

There’s already a synthetic gel without the growth factors, and we bought that to use as our base. Then we added certain proteins to it that are commonly found in the liver, that transmit a growth signal to the cells.
We varied the types of protein, concentrations, density and stiffness of the gel. With all of these variants we looked at three aspects: how well did the cells grow, how well did they perform their liver function, and how long did they keep growing? We compared the results with the results of the animal-based gel made from mouse-tumour tissue.

What did you find?

We did it. We found what we were looking for: a synthetic growth gel for the liver. We are very happy, because we’ve found an excellent substitute that gives us the same growth and liver functions, and also keeps working for a long time: the cell growth continues for at least several months. We can use this initial success in the next step to look at how we can apply this on a large scale and implement it in the research.

This doesn’t mean that the gel is already for sale. It’s still very expensive to produce, primarily because of the growth factors that get added to it. Follow-up research is needed, and we’ve been given a new grant from the Jubileumfonds Diergeneeskunde to do that. We’ll try to make the gel much cheaper by finding which parts of the protein give the growth signal. Then we won’t need the whole protein, which is what makes the gel so expensive.

How do you share this knowledge with other researchers?

We wrote an article about it and sent it to a journal for publication. The gel and growth factor that is needed are already on the market, so once it’s published everyone can make the gel. But we still have to figure out how to make it affordable.

There’s already a lot of interest in an alternative to animal-based gel. Several research groups have already published about previous attempts. The liver function was always good, but the multiplication of the cells wasn’t great. In our new gel it’s good.

What drives you to tackle a less-familiar subject like this?

In the long term I’d really like to combine mini-organs with bioprinting, so that we can make liver constructs for transplants. The long-term goal is to be able to grow a new liver in the lab so we’re less dependent on donor organs.

Another reason I’m doing this work is that there are still far too many lab animals being used. We’re not always aware of the animals used to make growth gel, and we go through a lot of it.

How much do you use lab animals yourself?

We were able to do this research without using animals. I did work with mice during my PhD, but I’ll never get used to it. A mouse looks back at you. It’s alive. There is still no replacement method for some animal experiments. Liver constructs have to be tested on living organisms before you go transplanting them into people, but that has to be kept to a minimum. Besides, the Netherlands is very strict about what you can and can’t do with lab animals.

What does the 3Rs Stimulus Fund mean for your research?

I think we wouldn’t even have started without that grant. There was no way to know that we’d be so successful in such a short time. We did have a plan and we hoped it would work, but without that money the risk would have been too great. Getting the subsidy made us think ‘we’re going to try’ it. And it worked.