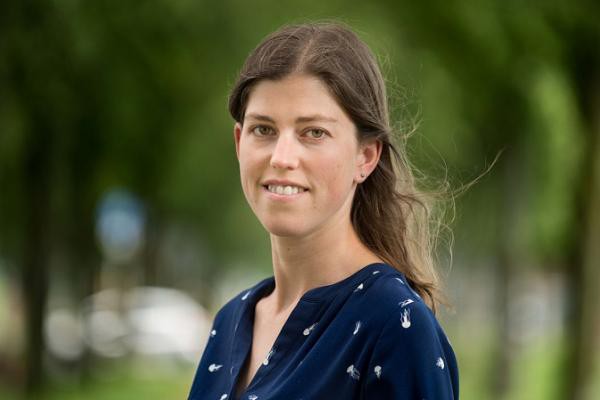 How can stress in laboratory animals be measured in a non-invasive way? That is the main question in the research line of Dr. Hetty Boleij, lecturer at the department of Animals in Science and Society of the faculty of Veterinary Medicine in Utrecht. She is studying possible ways of measuring stress reliably using an infrared (thermal) camera to record changes in body temperature. She was recently awarded a grant from the 3Rs Stimulus Fund to continue her research on this method. Measurements made with an infrared camera have the potential to refine animal experiments, which results in better welfare and more reliable research results.

What does your research entail?

Very few of these measurements have been done on laboratory animals. But there are indications from other species that using an infrared camera is a good alternative to drawing blood to measure an animal’s corticosterone values. Filming an animal is clearly less physically invasive than drawing blood with a needle and should therefore cause less stress, so you should expect it to influence research results less. Moreover, using an infrared camera can be a non-invasive alternative for research on temperature regulation, where animals often have transponders (device that send a signal, ed.) implanted in the body to measure temperature over time. Implanting it is an invasive operation that can also have an effect on the animal’s physiology, so the idea of being able to measure body temperature in another way is attractive. This method can refine animal experiments in several ways.

How far along are you now?

We’ve finished a few small pilot studies with mice, and rats to a lesser extent, on what the best way is to use a thermal camera. With the first project we compared three different injection techniques as to their reliability and the amount of stress they cause. Besides testing their blood corticosterone levels, we also took measurements with the thermal camera in order to validate them as measurements of stress.

We got some very good results regarding the injection techniques, but we weren’t able to draw firm conclusions about measuring stress with the thermal camera. We did find part of what we expected to find, namely an increase in eye temperature and a decrease in tail temperature after handling and injecting the mice. However, we saw no difference in temperature between the control group where the mice were only placed in a test cage, and the group of mice getting an injection.

By the way, simply handling the mice and placing them in a new environment are stressors in themselves, despite the fact that we had let them get used to the test cage for a few days. This is something we wanted to do more research on, to see how we could best measure the mice. Those were the next experiments, like measuring the temperature of mice in their home cages.

What are you focusing on right now?

Our mice live in group housing, as required by law. However, our measurements showed that the mice affect each other’s body temperatures, since they lie next to or on top of each other to keep warm. If you take the temperature of the tail that was warmed by a cagemate, your measurement isn’t worth very much. So we’d like to see if the measurements become more reliable when animals are individually housed.

We also studied whether it made a difference if we let the animals get used to the test cage for a longer time. We placed the mice in test cages twice a day for a week. In the last session we saw less increase in eye temperature than in the first one. This is favourable because it means that the mice are probably less stressed after several days of testing. So we should be able to take this point further.

Lastly, with home cage-measurements, the cage cover needs to be taken off and their shelters need to be removed, since they can block the heat radiation and make it difficult to get accurate measurements. So we’d like to design a home cage made of material that doesn’t block the radiation. Then it would only be a question of installing the camera in the cage, without having to do anything with the animals. So we still have a lot of plans!
Why is this research important?

I think it’s very important to always be looking out for innovative methods that refine research and improve animal welfare. Of course there are validated methods for measuring some levels, but we now have the opportunity to validate this less-invasive method. It would of course be wonderful if we could ensure that stress-related research using this method has less of an effect on welfare than when traditional methods are used.

So it’s not only interesting for welfare research, but for other research directions as well. Researchers interested in thermoregulation, for example, studying hibernation in particular species. There are all kinds of opportunities, even for research on people. But that would require demonstrating that it’s a valid measurement, so that’s the first step we intend to take.

What does the 3Rs Stimulus Fund mean for this research?

A great deal, because this research is not part of a larger research project. It’s a more applied study within laboratory animal science, for which there isn’t a lot of money available. And it’s exactly the development of materials for it, like having a workshop or company build a cage, that costs money. It’s only possible if you have funding for it, and it was the 3Rs Stimulus Fund that made it possible for us.

We’ve already tried out a new kind of cage for rats that looks promising. It’s a double-decker cage and the animals have more space. Measurements with the camera haven’t worked up to now, because the camera can’t take in the entire cage, so you miss data once the animals move out of the frame. It would be best to make the top of the cage out of infrared-permeable material. We’ve had contact with the supplier to ask if whether they can build a modified cage that’s suitable for the thermal camera.

Boleij would love to hear from fellow researchers with ideas for using the thermal camera in research on temperature and stress. She’d also like to be in contact with people doing research using other ways of measuring temperature, to see if their results correlate with her measurements. Boleij is currently working only with rats and mice, but she also has some agreements with colleagues to use the camera with other animals. The research group ‘ecological determinants of behaviour’, led by Prof. Liesbeth Sterck, used the camera in a study on long-tailed macaques to look at temperature changes in the face in relation to emotional responses. The camera is also being used in an experiment on sleep deprivation in zebra fishes. In the future Boleij would like to measure temperature in dogs and pigs at the faculty. For the time being, this 3Rs project is focused specifically on rats and mice.

This interview was produced in cooperation with the 3Rs-Centre Utrecht Life Sciences.