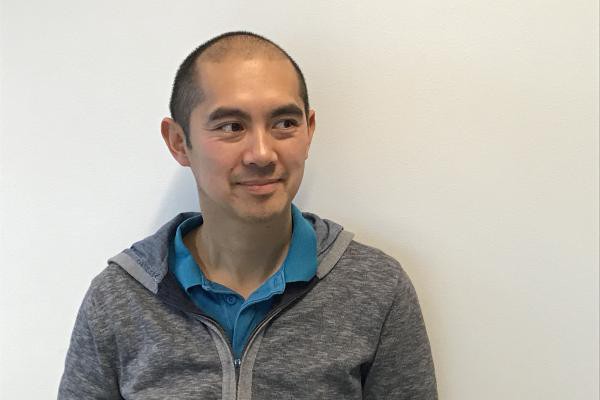 Guy Roukens, a senior researcher at the UMC Utrecht, submitted a research proposal to the 3Rs Stimulus Fund, for research on metastasis of cancer without experimenting on animals, and was awarded the grant. How is his research going?

"Our research group studies the metastasis of cancer, and we’re looking for new ways to research that process. This type of research almost always uses animals. Cancer cells move through the body, which is difficult to imitate in a Petri dish. We’re trying to obviate that by using micro fluidic chips. These are tiny printed plates made of plastic with several channels running through them. We grow a network of mini-blood vessels using endothelial cells, that form the vessel lining, in them, and add tumour organoids, which can be thought of as mini-tumours. We’re studying two aspects: the growth of new blood vessels, and how tumour cells go in and out of them in order to form a metastasis elsewhere."

How much are animals involved?

"Until now, cancer metastasis research has often used animals. We think that this new way will work as well, so it could result in fewer experiments being done on animals. We’re still developing the model. We use tumour cells that metastasise better or worse than others, and we know this from previous experiments using animals. That enables us to know the difference in capacity to metastasise of different tumour cells. We’re using these cells now to validate our model, in other words to measure whether it’s measuring what it’s supposed to measure. That gives us good reference points. But at this stage, there’s no need for animal experiments any more."

How far are you at this point?

"We already have some promising results but the whole thing is still being developed. We’re now using commercially available endothelial cells that are taken from umbilical cords. For the tumour cells, we use cell lines given to us by fellow researchers or commercially available ones. We make the organoids from cells taken from mice, which we then genetically modify. We’re still intending to include human cells in the system, but that’s something for the future."

What concrete results do you hope to get?

"I hope that in the long term we’ll have a well-validated model for studying the process of metastasis. That would be an alternative to animal experiments, or at least it would be a supplement, in which case it would still result in fewer animals being needed."

Why is the 3Rs Stimulus Fund important for this research?

"The research would not have been possible without this grant. The chips and growth stimulators we use are expensive. The growth stimulators are not from calf serum, by the way, so we don’t need animals for that either. They’re particular proteins that are purified by companies. Because our research is still in an early phase, it’s difficult to get larger grants for it. I see this research as a stepping stone to being able to gather enough data to get those big grants."

What is your motivation?

"It’s dual. I study cancer because I think it’s important to help find better treatments for it. As a researcher, I also think it’s a very interesting disease. When I was just starting out, I was thinking ‘there are only a few obvious pathways for fighting the various kinds of cancer, because there are so many different things going wrong with those cells.’ Now I have hope that we as cancer researchers can find the more general weaknesses together. Aside from the fact is that it’s a good thing to reduce numbers of animal experiments, I also think that our model can be an easier method for many researchers to understand the processes faster. Research using this model is easier to set up than research with animals. In short, I think it’s important to replace animal experiments, but fighting cancer is the main thing that motivates me."