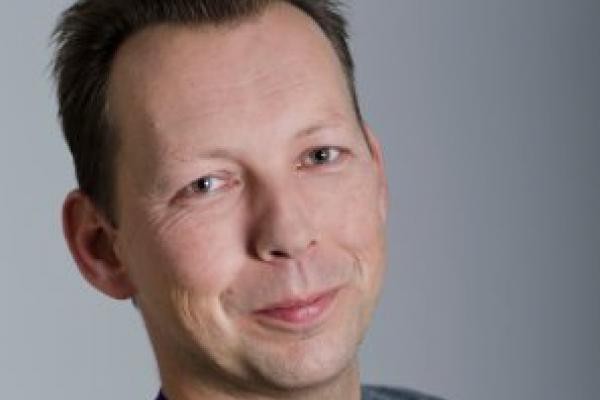 Remco Westerink is a toxicologist at the Institute for Risk Assessment Sciences (IRAS) of Utrecht University’s Veterinary Medicine department. In 2016 he was awarded a grant from the 3Rs Stimulus Fund for his research into smarter methods for testing the effects of substances on the brain. He is now conducting this research with toxicologists from the RIVM (Netherlands National Institute for Public Health and the Environment).

What’s the goal of this research?

We’re aiming to improve toxicology research, that is, we look at how substances adversely affect processes in the body. These experiments are often done using animals. By using a dish of cultured cells, you can potentially replace experiments on animals while improving testing methods at the same time. This is already happening more and more, but we want to simulate human body processes even more closely.

We look at the influence of chemicals on brain cells, and we’re trying to improve how we do it in two ways. The first is that we don’t just take a bunch of separate brain cells, but a network of brain cells. The main advantage of this is that you can not only look at the reactions within cells, but also at communication between cells. The second way is that we’re making the exposure to the test chemicals more realistic. In real life, these substances aren’t injected directly into your brain; they enter your bloodstream either through your food or the air you inhale. We’re focussing on inhalation of substances.

How can you simulate something as complicated as inhalation?

Your lungs make the contact between your blood and the outside air. There’s blood flowing on one side, and there’s breath on the other. That’s exactly what we’re simulating. We bring one side of the lung cells into contact with a liquid, and the other side with air containing a given chemical or mixture, such as exhaust gases or cigarette smoke. Those chemicals that in real life would be able to enter the body will now end up in the liquid beneath the lung cells. The second step is adding this liquid to cultured brain cells and test what happens. We do this in dishes with integrated electrode grids that measure the activity of the neuronal network cultured on top of if.

How far are you now?

We’re done with the first part. We now have a series of liquids containing potentially toxic substances that have been taken in through lung cells. Now we can test them on the brain cells to investigate their effects on brain function.

Was this research done entirely without using animals?

Not completely, unfortunately. We absolutely wanted to work with human lung cells, and we asked a master’s student to search through the literature for how we could choose suitable human lung cells, for example, growing them from stem cells or cell lines. For lung cells, this worked out well. However, we had to get brain cells from a young rat as current human brain models are not sophisticated enough yet. But that’s already huge progress compared to the old situation, where a large number of animals were made to inhale smoke for long periods of time. The cells from that one young rat allowed us to do 48 tests for various substances or concentrations of them. So we’re both reducing and refining. Maybe someday complete replacement will be possible, but we’re not there yet.

What are the possible applications of this research?

If we can demonstrate that this setup works for measuring uptake of substances through the lungs, then you could do something similar for the skin or intestinal wall. And you could test substances’ effects on something like the kidneys or liver instead of the brain. You can imitate all those processes much more reliably, with much less animals.

What was the role of the 3Rs Stimulus Fund?

We couldn’t have done this without the fund. It’s very difficult to get funding for developing good simulations of exposure routes in order to better determine the toxicity of substances. There’s always a risk that your methods won’t work, and funders want to take as little risk as possible. This reluctance of the funds really holds back innovation. If you want to change that, then they should also make money available for promising research that may not turn out to be successful afterwards. Fortunately with this amount of money and an intern, we were able to get the research started.

What benefits does this have for society?

Besides reducing and refining animal experiments, we’ve made safety testing for substances more accurate. We’re now comparing smoke from normal cigarettes with e-cigarettes. In a parallel study, we’re looking at the possible effects of inhalation of contaminants in airplane cabins on the brain. The applications are legion, for instance fine particulates in the outside air, or exhaust gases in the city. And if we’re able to make this work for other exposure routes, such as the skin and intestine, and for other organs, like the heart, liver and kidneys, then the applications will only increase.

What is your personal motivation?

Mostly I think it’s a lot of fun. While I was studying, I was looking at individual nerve cells. Later I was able to study cell networks in depth. Now I’m looking at entire routes of exposure to substances. I look at it as kind of a building-block exercise. And as far as the 3Rs go, of course nobody wants to do animal experiments, me neither. So the fact that I’m helping to reduce and refine means I enjoy it even more!